A new kind of portable electrochemical battery that can produce thousands of hours of power – and soon replace the expensive regular or rechargeable batteries in hearing aids and sensors and eventually in cellphones, laptop computers and even electric cars – has been developed at Haifa’s Technion-Israel Institute of Technology.

The unique battery is based on silicon as a fuel that reverts to its original sand. The battery can also be left on the shelf for years and inserted into a device to provide immediate power.
It was developed over the last two-and-a-half years by Prof. Yair Ein-Eli of the Technion’s materials engineering department, with collaboration by Prof. Digby Macdonald of Pennsylvania State University in the US and Prof. Rika Hagiwara of Kyoto University in Japan. The work was conducted with a grant from the US-Israel Binational Science Foundation, and an article on the battery was just published in the journal Electrochemistry Communications.

Ein-Eli told The Jerusalem Post on Wednesday that he has spent the last eight years investigating silicon in all aspects and the possibility of its serving as the major component of a highly efficient and environmentally friendly battery. Five years ago, he met Macdonald, who attended Ein-Eli’s lecture on electrochemistry, and they decided to work together, with the American coming to visit his Technion lab once a year. The team obtained from the Japanese researcher an ionic liquid (liquid electrolytes or salts that form stable liquids) that does not evaporate easily. Most of the work was performed in the Haifa lab. Ordinary portable batteries are composed of a positive electrode called a cathode and a negative one called an anode. They are separated by material containing ions (electrolytes in a liquid form). 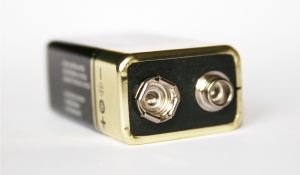 Some metal-air batteries exist, such as those using lithium, and are cheaper and lighter because they lack a cathode structure. Various big companies such as IBM, together with the Massachusetts Institute of Technology, are trying to develop rechargeable lithium-air batteries that could function 10 times longer than conventional batteries, but they have not yet succeeded. The ionic liquid developed a decade ago in Japan is the perfect substance for this purpose, Ein-Eli continued. In such electrolytes, the highly doped silicon – a semi-conductor – is activated and acts as a highly metalized conductor.

“We bought ready-made flat metalized silicon wafers, which serve as the anode. There is no corrosion or evaporation with the ionic liquid, and unlike conventional batteries, the silicon-air battery does not absorb water from the outside,” he explained. In the Technion battery, oxygen from the air in the battery capsule passes through a membrane and interacts with oxidized silicon, which is inert, stable, lightweight and nontoxic, has a high-energy content and can be used later as a building material. Most computer chips are also made from silicon. The new invention – with a US patent pending – is not rechargeable, but it can supply power for thousands of hours, said Ein-Eli.

The Technion battery ranges from one square centimeter – small enough for hearing aids and much more efficient than the highly expensive, short-lasting lithium ones used now – to several square centimeters. In another year, the power output can be significantly increased, and in three or four years, said the researcher, it could be made rechargeable as well.
“Think of an electric car battery made from silicon that will turn into sand that would be recycled into silicon and then into power again,” suggested Ein-Eli. “This would take about 10 years more and be revolutionary. It could be used in any portable electronic device or be integrated with solar or wind power as well as electric energy.”

A number of foreign and Israeli companies have already contacted him and shown strong interest in the battery, he said. The system is “highly promising, as it is capable of outperforming other existing metal-air battery technologies,” Ein-Eli concluded.