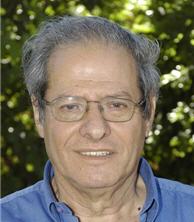 Professor Amnon Pazy served continuously on the BSF Board of Governors from 1997 until his death in August 2006. During this period, he was twice elected chairman of the board.

Prof. Pazy, a well-recognized mathematician, was also a leader in promoting Israeli higher education. His long and impressive career included the presidency of Hebrew University and chairing the Planning and Budgeting Committee of the Council for Higher Education (VATAT). The foundation benefitted greatly from his extensive experience in science management, academic affairs, and public service in general. To honor Professor Pazy’s contributions, the BSF in 2007 established the Pazy Memorial Award to be given annually to an outstanding and original new project in the mathematics and computer science competition.

Eligibility – Recipients of newly funded projects in the mathematical sciences are eligible candidates.

Application – No special applications need be made. Every new BSF grant recipient in the mathematical sciences automatically becomes a candidate for the award.

Selection – Eligible candidates will be identified by BSF officers and the successful candidate will be selected by the Board of Governors.

Terms of the Award – The Pazy Memorial Awards are given in addition to the investigators’ regular BSF grants. The funds may be used by recipients to further their research in any way they choose – subject to the approval of the BSF – at any time during the period of their BSF grants.