…that playing hard to get could work after all? In a new study published this spring in the Journal of Personal and Social Relationships, BSF grantees Prof. Gurit Birnbaum of the Interdisciplinary Center  Herzliya and Prof. Harry Reis of the University of Rochester suggest that playing hard to get – a strategy popular in romantic comedies but frowned upon by many relationship experts – could actually increase a potential mate’s desirability. Birnbaum and Reis tested the hard-to-get tactic across three interrelated studies. Participants interacted with what they believed to be another research participant of the opposite sex, but who was really an insider—a member of the research team. In each instance, participants rated the extent to which they felt the insider was hard to get, their perceptions of the insider’s mate value, and their desire to engage in various sexual activities with the insider. Birnbaum, who gave a popular TED Talk  on sexual attraction last year, said that people who are too easy to attract may be perceived as more desperate. That makes them seem less valuable and appealing than those who do not make their romantic interest apparent right away. Read more .

…that there is now a proven link between bacteria and cancer? According to new research led by former BSF grantee Dr. Ravid Straussman of the Weizmann Institute of Science in Rehovot, bacteria living inside cancer cells are likely to have a profound effect on how different types of tumors behave. While bacteria were first detected in human tumors more than 100 years ago, Straussman reported, in a paper that made the cover of the May 29 issue of Science, that he found bacteria live inside the cells of many cancer types, and that each type of cancer houses unique populations of bacteria. In Straussman’s most recent project, he and his team took tumor samples from more than 1,500 patients with seven cancer types — breast, lung, ovarian, pancreatic, melanoma, bone and brain — and found different assortments of bacteria that correlated with specific tumor types. In 2015, Straussman and Dr. Jennifer Wargo of the University of Texas received a BSF grant, as well as BSF’s Neufeld Memorial Research Award, for their project Melanoma Microbiome and Chemoresistance. Read more . 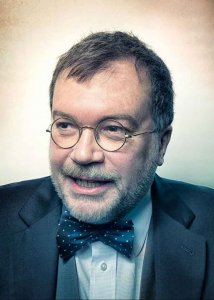 …that any vaccine for COVID-19 is already controversial? While a vaccine for COVID-19 has not yet been approved for the public, BSF Board of Governors member Dr. Peter Hotez says we should brace ourselves for opposition if and when a vaccine becomes widely available. He should know. He is the dean of the National School of Tropical Medicine, as well as a professor of pediatrics, molecular virology and microbiology at Baylor College of Medicine, and he has been confronting false claims from anti-vaccination groups for much of his career. Here, he talks with MSNBC’s Brian Williams, about a recent poll that indicated that half of Americans would not take a COVID-19 vaccine if it became available. He shares his thoughts about how doctors and scientists should prepare now to fight back against misinformation.