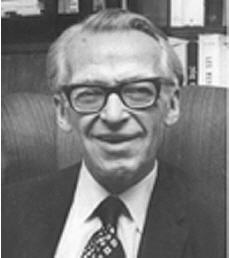 Professor E.D. Bergmann played a leading role in the establishment of the United States-Israel Binational Science Foundation, and he was deeply involved in its activities.  He served in consecutive years as chairman and vice chairman of the BSF Board of Governors until his death in 1975.

Professor Bergmann was recognized internationally for his significant contribution to organic chemistry.  He also helped establish science institutions, foundations and other organizations that served to advance science and technology in Israel.  One of his special interests was the encouragement of and assistance to young scientists. Seeking a way to honor his memory, the Board of Governors established in February 1976 a special award in his name, to be given annually to promising young scientists.

The award – The Bergmann Memorial Award consists of a $10,000 grant.  Awards will be made annually to young scientists who are recipients of new BSF grants, judged by the quality of their proposals.

Eligibility – Eligible candidates are recipients of newly awarded BSF grants who earned their PhD/MD degrees within the past ten years on the date of submission. For an MD-PhD this is the date of the earliest degree.

Application – No special applications need be made.  Every new BSF grant recipient who meets the eligibility criteria automatically becomes a candidate.

Selection – The selection is made by BSF officers and is approved by the Board of Governors. Awards may be made out to multiple investigators, based on the intellectual merit of their proposals. In the event that none of the candidates meets the selection criteria in a given year, no award will be made.

Terms of the Award – The Bergmann Memorial Awards are given in addition to the investigators’ regular BSF grants. The funds may be used by recipients to further their research in any way they choose – subject to the approval of the BSF – at any time during the period of their BSF grants.